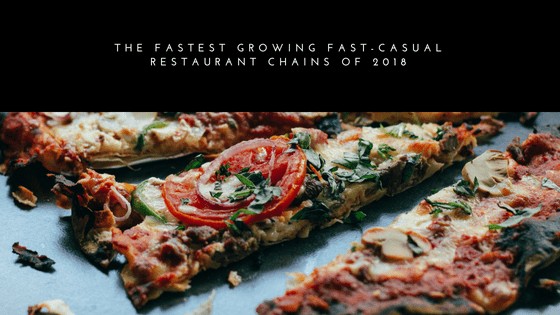 With the release of the Nation’s Restaurant News’ Top 200 report, we’re seeing the popularity of fast-casual restaurants skyrocket in 2018. And while quick food has been the main thing over the years, people are now looking for an “experience” as well.

However, even with customers wanting both speed and an “experience,” it seems to be the year of the pizza shop. And according to NRN’s Top 200 report, the restaurant with the highest growth was MOD Pizza. It brought in sales at a total of $270 million with an overall growth of 80%.

Beyond that, restaurant chains specializing in chicken, burgers, Mexican food, and more made up the bulk of the best up-and-coming restaurants. So, even with an “experience” becoming more important, only three full-service restaurant chains made it onto the top 200 list: Black Bear Diner, First Watch, and Cooper’s Hawk Winery.

According to CNBC’s, Sarah Whitten, Cooper’s Hawk is a full-service fast-casual restaurant that was founded in 2005. And it has essentially become one of the biggest wine clubs in the United States with over 300,000 total members. The “experience” it offers is a menu that has every dish paired with a recommended wine, and if you’re a member you’re offered exclusive discounts.

Every month, members of Cooper’s Hawk are able to pick up a bottle of wine from the restaurant for free. And on the plus side, you can choose to simply take it home or have it as a part of your meal.

In the last year, it’s popularity has blown up with the help of partnerships from celebrity chefs. And according to the NRN, their sales went up 30%– resulting in $241.8 million in revenue. 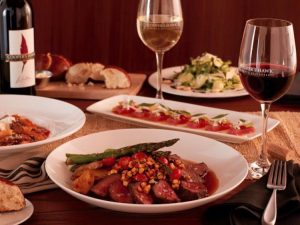 According to Business Insider’s, Kate taylor, First Watch has been the fastest growing family restaurant chain. And over the last year, it’s sales have gone up 32%– resulting in $313 million profit.

First Watch’s primary focus has been putting a modern spin on breakfast foods. And while the restaurant has been around for more than 30 years, they focus on creating a modern, fresh, healthy, and comfortable environment– offering both classic breakfasts and healthier alternatives such as quinoa.

So, while CEO, Ken Pendery, in an interview with CNBC said that “The First Watch doesn’t fit the mold of a fast-casual restaurant because it is a full-service business,” It still offers great food and atmosphere with a quick dining experience. 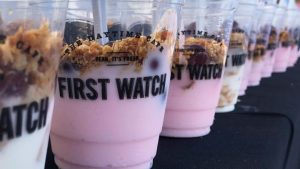 This one has been the only publicly traded fast-casual restaurant on the list to bump its sales growth up by 33.3% in the last year– resulting in $358.8 million in profit.

Shake Shack is a brand that doesn’t mind experimenting and testing the waters. They’ve recently opened a kiosk-only restaurant in New York. But they’ve also created limited time offers such as Texas-style chili that blew up in popularity. 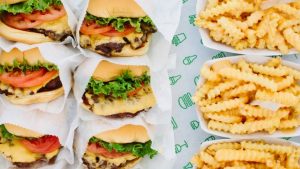 CNBC’s, Sarah Whitten, says Blaze Pizza is one of the fastest expanding Fast Casual Restaurants in the U.S. Founded in 2011, it now has over 230 locations across the U.S. and even Lebron James has shown support for the restaurant.

And over the past year, the sales have gone up by a whopping 48.9%– resulting in $274.4 million in profit. CEO, Rick Wetzel, told CNBC that Blaze Pizza has “caught a big wave” and they are prioritizing innovation and expansion both in the U.S. and internationally.

Blaze Pizza is the epitome of “fast casual.” Its “experience” is built around the customer building and selecting the ingredients for their pizza as they go. 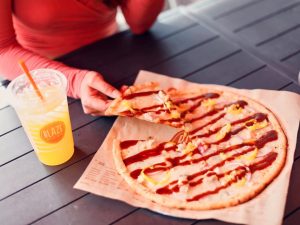 CEO, Scott Svenson, said in a statement to CNBC that “We accomplished this during a difficult period for the broader restaurant industry, and we believe our remarkable growth was enabled, in significant part, by our continued commitment to making a positive social impact.”

And it has become the number 1 fast casual restaurant of 2018 according to the NRN. It’s growth blew up over 80% in the last year– resulting in $270 million in profit.

To make it even better, they gave more than $1 million away to support its employees and local communities. 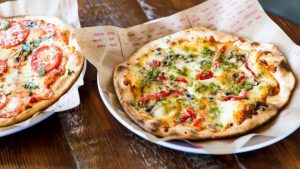 With 2018 being an explosive year for fast casual restaurant chains, you need to look into becoming a franchise owner. Through Finance Factory’s partnered banks, Franchise Funding options offer fast in-house approvals with streamlined documentation and closing processes. We offer a creative loan structure with terms up to 25 years and variable rates of 6.25% to 7.25%.

How You Can Qualify For Franchise Funding

When you’re looking into loans, Finance Factory looks at the Three Cs: Credit, Cashflow, and Collateral. You’ll want to have a credit score between 600 and 800– with an ideal score of 660+. But we’ll also look for a minimum account balance of $1,000 – $5,000 for monthly cash flow. As for collateral, we prioritize unsecured funding; however, collateral is an option. As long as you have one of the Three Cs, you’ll qualify for a loan.

Interested in finding funding for your business? Finance Factory would love to help! If you’re looking to fund your business within the next 30 to 90 days for $25,000 to $500,00 and have a credit score of 660 or better, let’s chat! Get pre-qualified right now with our quick-step pre-qualification form! And don’t worry, this will not result in a hard credit inquiry of sensitive information. We just want to learn more about you and your business. Click below to get started!